The State of Cannabis Conviction Expungement 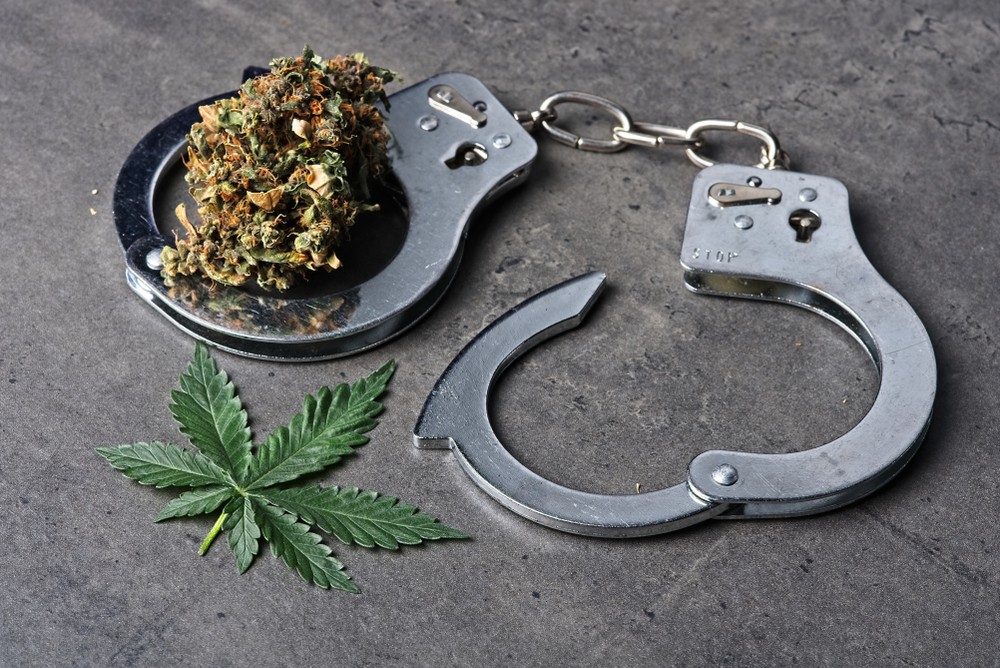 Recreational cannabis became legal in Illinois as of January 1st, 2020. On New Year’s Eve 2019, the night before legalization, Illinois Governor J.B. Pritzker pardoned 11,017 people with low-level cannabis convictions. This kicked off a new era of automatic forgiveness for minor cannabis offenses, and it is estimated that there are “hundreds of thousands of people in Illinois who could be eligible for expungement,” according to Cannabis Business Times’ Melissa Schiller, “[and] Illinois State Police are searching criminal records to identify eligible cases and submitting them to the Prisoner Review Board, which reviews the cases and sends the names of those eligible for expungement to the governor’s office to be considered for a pardon. While many of the cases will be automatically expunged in the next couple of years through this process, those with criminal convictions can get a copy of their record and start the process sooner, the Chicago Tribune reported.” So even prior to legalization, Illinois started to roll out legislation to roll back cannabis convictions, and the state has made it both an automatic process and one that the individual may expedite on their own if they wish. In my mind, this is everything a cannabis conviction expungement program should be. They may be one of the newest legal states, but currently Illinois is leading the charge on expunging records.

When California voted to legalize adult-use marijuana in 2016, voters also passed a provision to overturn convictions. Huffington Post reports that the provision allows “people [to] petition courts to reduce or hide convictions for past marijuana crimes. State residents can now petition courts to change some felonies to misdemeanors, change some misdemeanors to infractions, and wipe away convictions for possessing or growing small amounts of the drug. ‘We call it reparative justice: repairing the harms caused by the war on drugs,’ says Eunisses Hernandez of the Drug Policy Alliance, a nonprofit advocacy group that helped write the California ballot initiative.” While not quite so progressive as Illinois’ automatic enrollment for expungement, it is a step in the right direction. There’s no reason low-level, non-violent offenders who are jailed for cannabis cultivation, possession, or distribution shouldn’t be allowed to remove a stain from their record, especially when prior convictions disproportionately affect minorities and vulnerable populations, and the convictions can make it exceptionally difficult to find employment. It seems especially silly that we still have people imprisoned for crimes that are now perfectly legal activities protected under state law. I’m a white dude in a button up shirt making a living selling marijuana, and just so long as the state gets those taxes, all is well. But some poor black kid from South Central L.A. is rotting in prison for doing the exact same thing, just a couple years too early. That doesn’t sit well with me. Either we should both be in prison or neither of us. Personally, I would prefer the latter. The War on Drugs has long targeted minorities at a much higher rate than white folks. And some California law enforcement agencies, most notably the LAPD, have a very poor track record when it comes to race relations. With some luck, California’s legislation will start to right some of the injustices perpetrated against its own citizens, even if it’s neither free nor automatically enrolled…which limits access for poor people still. But at least it’s a step in the right direction. Maryland, New Hampshire, and Oregon each have similar programs as well.

And then there’s us in Colorado. We passed Amendment 64 on November 6th, 2012 which led to legalized adult-use cannabis beginning January 1st, 2014. We may have been the first state to legalize recreational marijuana, but we are quite a way behind the pack when it comes to overturning and expunging previous marijuana convictions. The first cannabis conviction to be overturned came in 2014, when Brandi Jessica Russell’s case made it to court. Russell is “a Colorado woman who was sentenced in August 2011, to serve two concurrent four-year terms of supervised probation, 192 hours of community service and a suspended sentence of 90 days in jail after being convicted of possessing a small amount of marijuana, marijuana concentrate and methamphetamine.” Her appeal wasn’t heard by the court until after Amendment 64 took effect, so her attorneys appealed that the amendment should be applied retroactively, because state citizens had already voted their will into law. “‘Defendant contends that Amendment 64 should be applied retroactively and that her convictions for possession of marijuana concentrate and possession of less than one ounce of marijuana should be vacated. We agree,’ the court wrote.” Her cannabis conviction was overturned by the court. In light of this development a bill was introduced to the Legislature, which HuffPo reports “would have allowed people to petition to seal records of marijuana possession convictions that the state no longer considered illegal. But the bill died in committee after facing opposition from prosecutors. ‘[The bill] creates a horrible precedent by retrofitting criminal sanctions for past conduct every time a new law is changed or passed,’ Carolyn Tyler, a spokeswoman for Republican Attorney General John Suthers, told The Denver Post at the time. District attorneys opposed the bill because it would have allowed small-time drug dealers to get their records sealed, said Thomas Raynes, executive director of the Colorado District Attorneys’ Council. ‘There were many cases of distribution that were pleaded to low-level [possession] felonies,’ he said.” I understand the AG’s point that criminals whose sentences were commuted to lesser offenses via plea deals could potentially have their convictions overturned. I would pose the following series of one-word questions: Yes? And? So? What? A person who was a marijuana dealer and had distribution charges plead down to possession might be free to roam among us…gasp…just the same exact way my coworkers in the weed industry and I do. I don’t see the problem unless your pockets are being lined by for-profit prisons. Just as with Illinois, if we were serious about overturning convictions, we would have to create/expand an enforcement or governing body to examine convictions on a case-by-case basis to determine which offenders should have their sentences overturned so as to prevent violent offenders and recidivists with dangerous tendencies from slipping through the cracks. But the vast majority of these people with convictions are non-violent offenders who deserve to have the splotches on their records erased for partaking in harmless activities that are currently legal in our state.

That said, as of this year Colorado has legislation in the works which would expunge prior cannabis convictions. The only issue, according to a Cannabis Business Times article by Melissa Schiller, is whether “a forthcoming bill will establish an automatic expungement process or whether people will have to apply to have their records cleared.” In the same article, State Representative Jonathan Singer (D-Longmont) is quoted as saying, “The goal and hope is to make [expungement] automatic. The question is how. It’s a question of time and cost.” I, too, hope the process is automatic. You may say, well, can’t people in Denver and Boulder counties already petition the court to seal their records? The quick answer is yes. But those are only two counties in the entire state. And Schiller also reports that “only 71 people out of more than 17,000 eligible candidates have been successful in having their records cleared as of mid-October, [2019].” That’s only 0.42% of eligible candidates, which is an absurdly low rate. The process absolutely should be automatic just like in Illinois. It’s not as if the department of Revenue doesn’t collect enough in cannabis taxes already to cover the cost of a program that is designed to benefit the citizenry of Colorado. So get out there and make your feelings known to your legislators. Here’s an easy resource to help find your representatives and here’s a list of all their official contact info, if you should like to call or email them your thoughts. If we stoners want things to change for the better, we have to get politically active. The squeaky wheel gets the grease, so let’s get out there and make some noise. Let’s see if we can’t make life easier for a significant number of citizens in Colorado and keep us on par with other legalized states. We were the first to legalize, let’s not lose our status as forerunner by falling behind others on significant social issues relating to cannabis.