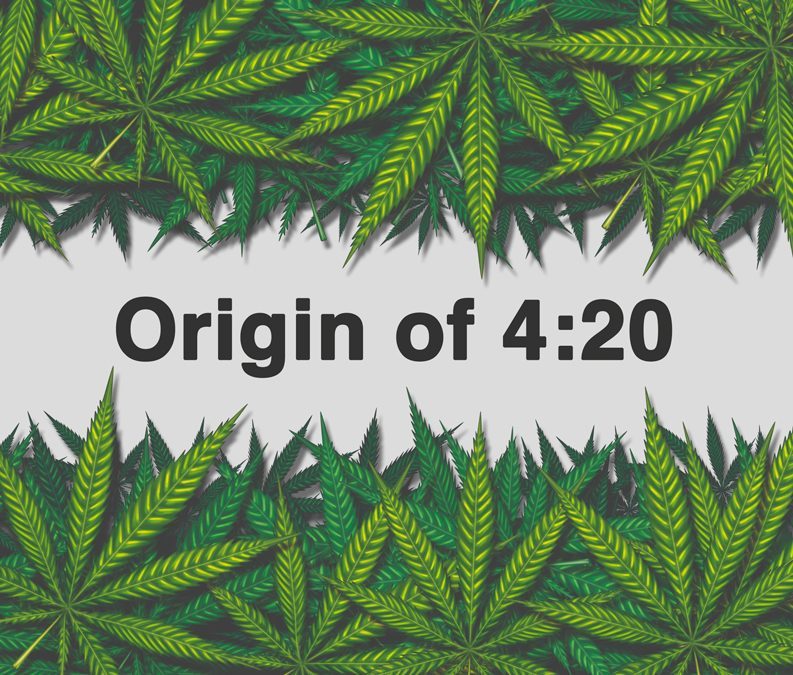 Louis Pasteur was a noted French microbiologist, biologist, and chemist in the second half of the 1800s. He is responsible for discoveries of vaccination principles, microbial fermentation, and most familiarly pasteurization–pasteurized…Pasteur…eh, eh? He also produced much of the data on which later germ theory would be based, and he debunked the theory of spontaneous generation, especially as it applies to microbial life. These are all rather important discoveries in and of themselves, but you may be asking yourself what the hell does he have to do with marijuana? The answer: not a damn thing. But he was commemorated in sculpture at the site of San Rafael High School, north of the Bay Area in one of California’s most affluent counties, Marin County. And it was in the 1970s around this statue of Louis Pasteur that a cultist stoner legacy was born: 420.

In the early 70s, some of the young men from San Rafael High School formed themselves into a group known as the Waldos. The group consisted of Steve Capper, Dave Reddix, Jeffrey Noel, Larry Schwartz, and Mark Gravich. Young potheads all, they would use the phrase “4:20 Louis,” which was later shortened to “4:20,” as code for meeting up at the Louis Pasteur Statue and smoking ganja. School ended at 3:00, followed by sports practice, so they would all be free right around 4:20. They gathered at the statue, got high, joked around, and laughed at their fellow high school-ers. Generally these boys didn’t go in for getting stoned and sitting around watching the tube. Thanks to Dave’s rocky relationship with his step-dad and Jeff’s dad being a “high-level state Narcotics officer,” the boys avoided hanging out at home, so they would push each other to come up with new adventures to go on together while baked (Time, “What The Guys Who Coined ‘420’ Think About Their Place in Marijuana History”). These little outings became known as ‘safaris,’ which Reddix kept a journal of. Mainly they tooled around rural areas in the crew’s trusty ‘66 Chevy Impala looking for adventure.

But in 1971, the Waldos caught a lucky break. The boys were all paranoid about getting busted while buying weed, so when a pair of brothers passed along a map to a pothead’s paradise, the boys jumped. Supposedly the treasure map they were handed–complete with an X marking the spot–led to an abandoned crop of cannabis hidden in the countryside of Marin County. This may sound like a pipe dream, but the two brothers, Bill and Patrick McNulty, swore the field was real, if untended. You see, their brother-in-law Coast Guardsman Gary Newman served at a little analog lighthouse at the Coast Guard base at Point Reyes for the first several years of the ‘70s. Newman had planted the field with some of his friends, but they bailed on it once they became worried their hard-ass southern commanding officer might catch on, plus the crop was located on Federal property, so some paranoia was justified. Not wanting the crop to go completely to waste and in the hopes of disposing of the evidence, Newman drew a map to it right there in front of his younger brothers-in-law, who in turn passed it along to their friends, the Waldos. The Waldos spent the rest of their high school careers looking for the unclaimed trove of sweet California jazz cabbage, but to no avail. The crop remains undiscovered to this day, but the code 420 for marijuana was still on the rise.

While 420 may have been a little joke to the Waldos, the circles they moved in began to adopt the expression as well. “While Reddix isn’t sure that [Paul] Lesh or other musicians like David Crosby first heard 420 from his own mouth or from his brother’s (who managed a couple of Lesh’s other bands), it does seem probable. After all, the Waldos tended to hang out backstage at many of the [Grateful] Dead’s shows. The father of Waldo Mark, who today often works as a photographer and renovator in the real estate sector, helped the Dead find the band space for rehearsals and shows, making sure to add the Waldos to pertinent guest lists” (SF Gate, “Local originators of term 420”). So the weed slang of 420 began to spread throughout the country as the Grateful Dead members picked up the lingo and used it along their psychedelic fueled tours.

Some folks on the internet insist that the bit with the map to the abandoned cannabis crop and the Waldos is bunk and that 420 originated with the Grateful Dead. But relatively recently the Waldos themselves got into the investigative journalism game in an attempt to verify their claims. They have an entire section of their website, 420waldos.com, dedicated to the documentation of 420’s origins. Forty five years after their hunt for the missing marijuana, the Waldos began looking for Gary Newman, whom they had never actually met themselves. It took them six years, hundreds of fruitless inquiries, and a private investigator, but in 2016 they found Gary living homeless in San Jose. The Waldos put him up in a hotel for four days, during which they conducted interviews that corroborated their version of events. Newman “had detailed knowledge of the workings and history of the lighthouse and its mirrors that no ordinary civilian would know. This was later verified with National Park Service docents at the lighthouse. The old labor-intensive lighthouse was mothballed for automated equipment not too long after Gary left the service, so no other Coast Guardsman beyond the 70’s would have any true knowledge of the old lighthouse equipment” (“The Coast Guardsman Catalyst of 420 Origin Has Been Found”). They verified Gary’s identity through the Coast Guard, who released service records, other Coast Guardsmen who worked at Pt. Reyes Lighthouse, the McNulty brothers, and their older sister who was Gary’s now ex-wife. This was indeed the Gary Newman who penned the original map!

While the hidden crop has never been found, 420 has grown well beyond its original context, and has spread globally as jargon for cannabis use. Potheads everywhere commemorate it daily, because when 4:20 rolls around, you better be chiefing. April 20th has become an international celebration and unofficial holiday for herb enthusiasts of all strains and backgrounds. Boulder itself and CU more specifically are or at least historically have been an epicenter of 420 celebrations and protests. In 2008, more than 10,000 people assembled in peaceful protest and got high at 4:20 on CU’s campus creating a cloud of smoke so thick it obscured the crowd and buildings behind it, making headlines and magazine covers nationally. Prior to recreational legalization, annual protests were held in front of the courthouse on 4/20. And Colorado is far from the only state where these protests occurred and/or continue to occur, we simply led the way for the rest of the country in terms of successful advocacy, protest, and finally recreational legalization.

Without the ritual of 420, stoner culture wouldn’t be where it is today. Many people prefer cannabis to alcohol in part due to the communal nature of gathering together to share a bowl or a blunt, and without the daily doctrine of smoking with friends at 4:20 the cannabis community would be poorer in terms of fellowship and inclusively. We owe a great deal to something that started simply as code for high school-ers to conceal their cannabis use. Now April 20th has very nearly become an underground national holiday as people around the country burn one down with their buddies.
Looking for ideas to celebrate 4/20 in style? Come on in to Elements Boulder Dispensary this month to check out our April-long and 4/20 deals going on now! We will have vendor pop-ups and swag giveaways throughout the month and most especially for 4/20. Expect big savings on quality bud, including our expanding Connoisseur Strain menu from award-winning growers at In The Flow!

Happy 4/20 from everyone here at Elements!