Sustainability Pitfalls and Practices in the Marijuana Industry 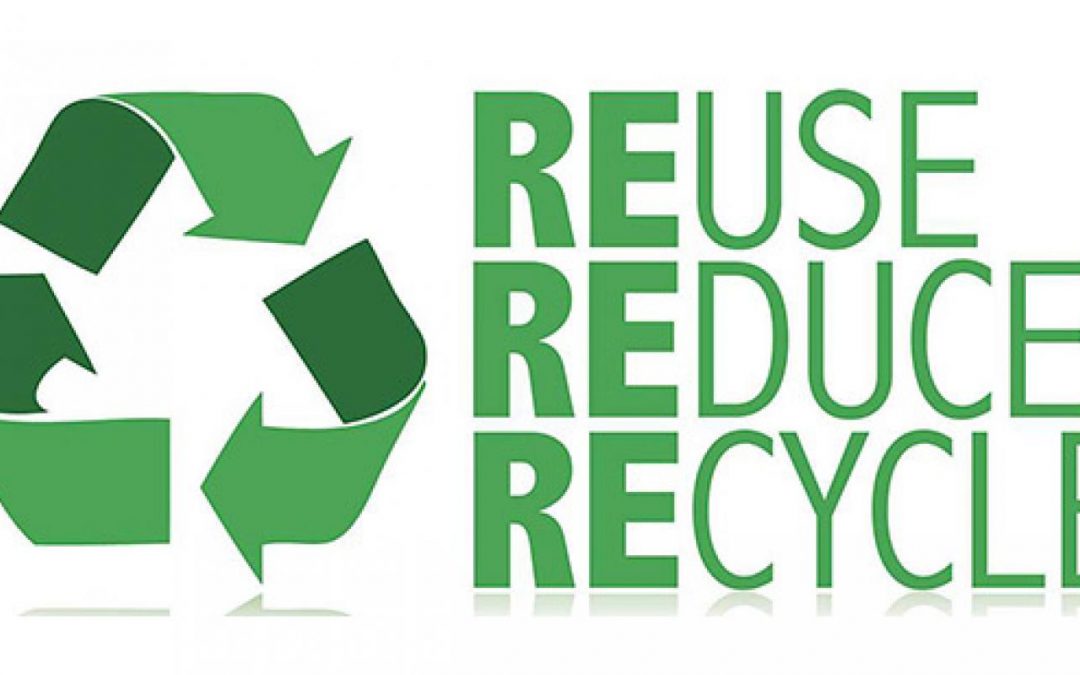 One sad fact of the recreational marijuana industry is the gargantuan amount of packaging waste and the overall large carbon footprint from grow houses. Modern retail and growing practices simply aren’t sustainable in the long run. This is especially true here in the southwest and in SoCal where water scarcity is becoming more of an issue with each passing year thanks to climate change. These are the epicenters of legalization, and it is our model the rest of the states that go recreational are following.

As far as energy consumption is concerned, the marijauna industry burns through the stuff like it’s going out of fashion. In 2016 New Frontier Financial published a study estimating that “cannabis cultivation annually consumes one percent of the United States’ total electrical output, which roughly equates to $6 billion, or 1.7 million homes. Most of this energy is used to supply high-intensity lamps used for indoor growing operations.” When you move a crop indoors, you remove the sun from the photosynthetic equation, which means a new substitute source of UV radiation must be used, hence the energy-guzzling lamps. The old sodium lamps much of the industry started off using are horribly inefficient and consume huge gads of power while giving off a ton of heat. The heat in turn increases cooling costs for the grows. One simple solution to this is switching over to LED lights, as many growers have done recently. They’re 60-70% more efficient than sodium lamps, produce almost no heat byproduct, and are programmable to more efficient frequencies of colored light than the orange light of sodium. Plants can be grown using less energetic frequencies of light, typically in the pink and blue spectrum.

When it comes to water consumption and reuse, the industry has come some distance, but still has a good way to go in reducing water waste. Best estimates say that 2-6 gallons of water per plant per day is required for current cultivation practices. This is nearly double the amount of water used to grow grapes in a vineyard setting. The Small Farmers Association and groups of growers are “pushing growers toward goals of 0.5 to 1 gallon per plant, per day.” Several companies have purchased Closed-Circuit Desalination and Reverse Osmosis systems to reclaim used water and increase grow operation efficiency by reusing 75-97% of the water from cultivation. This reduces the overall amount of water used and cuts costs on treating waste water. “‘My gut feeling is that the industry is generally getting more efficient on a production basis and facility basis,’ said Derek Smith, executive director of the Resource Innovation Institute in Portland, Oregon, a nonprofit research organization that promotes energy and water conservation in the cannabis industry.” From a business perspective, less waste means more profit, and with any luck the sustainability-minded companies will on average stay afloat longer due to greater grow efficiency and greener practices.

Now let’s switch gears and take a look at other significant forms of waste in the industry. On average, marijuana products are over-packaged, mostly in the name of redundant childproof packaging. In many Colorado counties, it’s legally required that any purchase leaves the store in an opaque bag that must be childproof if any of the containers of marijuana are not themselves childproofed, and a receipt must be provided as proof the marijuana was purchased legally at a licensed dispensary. So that means every single purchase receives A) a childproof container, B) a paper or plastic bag, C) a receipt, and D) a staple. That’s at the very minimum. When you get into concentrates, almost every single concentrate company places their product in an additional layer of packaging, be it parchment paper for shatter or a glass, plastic, or ceramic dab container for waxes and other concentrates. A significant number of edibles come in packaging that has an outer sheath with a childproof plastic slide that goes inside: think of the chocolate bars that come with a cardboard outer layer and a plastic clamshell type childproof package with tabs the have to be pressed through openings in the cardboard. Similarly many gummies and hard candies are sold in a little plastic bag that goes inside a plastic tube and sometimes even then goes inside a cardboard box. Once upon a time, Wana had a bag inside a tube inside a box which then has to be placed inside the opaque exit bag. That’s four layers of packaging, which to any sustainability-minded person is three layers too many. And you absolutely would not believe the sheer amount of cardboard even a small shop such as we at Elements Boulder have to dispose of on the daily. There is not a single day a week that I don’t spend some of my shift breaking down boxes to take out to the recycling dumpster.

And much of this isn’t even something initiated by the companies themselves, rather by legislators. The Marijuana Enforcement Division has only one concern: squeezing as much tax money out of our citizens and the companies that have generated all those billions of dollars since recreational legalization. And they’re transparent about it, too–the MED is a branch of the Department of Revenue, the state level bureau for taxation. Boulder county has a 24.35% marijuana sales tax. Name another substance, service, or product that is taxed at a similar rate and I will show you a similar government cash cow. Anyhow, all I’m getting at is that these regulations are imposed by a governing body that has zero interest in sustainability, practical logistics, and common sense practices. Outside of enforcing regulatory compliance, maximizing taxable revenue is the MED’s sole purview. So it comes down to individual companies to drive innovations in sustainable practices to keep our lovely “green” industry as green as possible.

But that’s not to say that some companies haven’t taken up the responsibility of greener business practices. For a perfect example, let’s go back to Wana. Triple layered packaging out the wazoo, with a large industry-standard quarter ounce container just to childproof a tiny baggy of gummies that could fit in a container a third the size, and then a cardboard box with all the product info and marketing copy. But in recent months, Wana has changed their packaging for the better. Now Wana Gummies come in much smaller tamper-proof, food safe plastic containers that have a freshness seal, are 100% recyclable, and are landfill biodegradable. No more cardboard box, no more ziplock, and overall packing shrank down to nearly a third the size of the original. Wana boasts that the new packaging has reduced their packaging waste by over 60%! And even if their packages aren’t recycled, their biodegradable plastics will breakdown in the landfill instead of hanging around for 450 to 1000 years. That’s a remarkable turnaround from one of largest edibles companies not only in Colorado but 6 other states as well.

Here at Elements we try to cultivate partnerships with businesses who have made sustainability a standard practice. For example, we carry Bosky Labs Live Resin, and Bosky has committed themselves to environmental enrichment to the point that all of their paper packaging contains local wildflower and tree seeds. Simply place the seed-filled paper under an eighth of an inch of soil and water, and voila! This way there is more local flora for bees and other pollinators to feed on who’ve been devastated by commercial pesticides. It may seem fairly minor, but when the bees go extinct, they’re taking us with them–they only pollinate 90% of the world’s food crops–so it may be important to keep them buzzing around. Instead of just packing bowls of green, put that green thumb to use and cultivate some flowers the next time you snag some Bosky Live Resin!

We are also partners with Colorado’s premier growers at In The Flow, the famed growers of two-time Cannabis Cup winner, Chemmy Jones. In The Flow has been small-batch responsibly sourced and powered grow operation here in Boulder for years. The company was founded by two couples during a seaside vacation that they didn’t want to come home from and back to their old jobs. So instead they founded two small grows here in Boulder, and as a nod to their love of the sea they adopted the spiral octopus tentacle as their logo. It’s not merely a symbolic gesture either: they regularly donate to the Marine Conservation Institute and other philanthropic organizations. But In The Flow doesn’t stop there. These fine folks also work with Renewable Connect to “power their business with clean, locally sourced solar energy.  20% of the energy they use is powered by a solar array in Deer Trail, Colorado.” Fully a fifth of the power they consume is renewable which goes a long way toward offsetting their carbon footprint.

And lastly we work with Green for Green to recycle as much of our packaging as possible. Green For Green has “created the first reuse network for cannabis packaging. Leaders of the sustainability movement in the cannabis industry have partnered with Green For Green to implement an environmentally friendly process that mitigates the wasteful nature of cannabis packaging.” We have several large recycling receptacles for plastic THC containers in the entryway to our lobby. And to create incentive for our customers to recycle, we give members of our Loyalty Program 10 loyalty points for every ounce worth of recycled containers they bring in. Ordinarily you earn one loyalty point for every dollar you spend in our dispensary, so just for bringing back the empty kush bottles cluttering up your living space, you get the rewards of having spent another $10 on top of your purchase. This makes those loyalty points and the discounts they entail to stack up quickly. In addition, we here at Elements also offer a $5 discount on single items of $25 or more pre-tax, which is printed on the side of our exit bags and which you can only receive if you bring in your bag from a previous purchase to be reused for packaging. Let’s just say it pays to recycle with us and Green for Green!

While the cannabis industry may not be its greenest self yet, there are companies out there looking to make a difference and set the example for other states as legalization and recreationalization spreads. We are genuinely thankful for our partners in sustainability who–combined with our own recycling efforts–have helped to make us one of the greenest dispensaries in Boulder. And we would also like to thank our customers for helping us make our sustainability practices such a success! We couldn’t do it without your help!