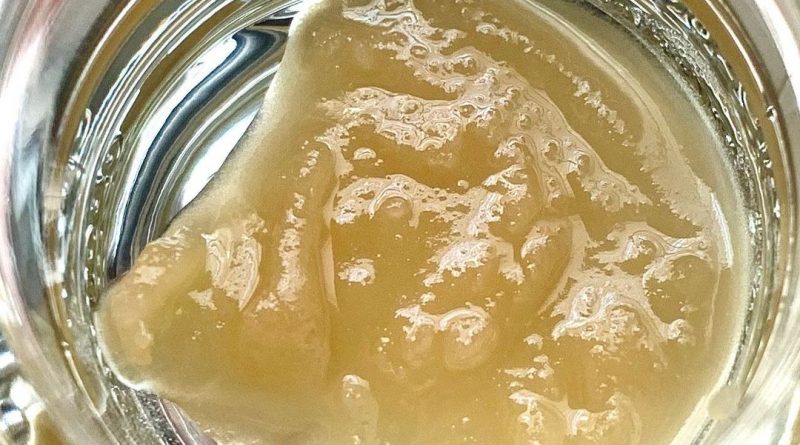 Solvent based extractions utilize chemical solvents to strip cannabis of their highly potent resin glands. Because chemical solvents are often highly flammable, professional extractors use what are called “closed-loop” systems to ensure that there is no airborne chemical exposure.

It is extremely dangerous and illegal to perform solvent-based extractions at home.

In any solvent-based extraction, whether butane, CO2, propane, or alcohol, extensive purging is required in the post extraction phase to rid the product of residual solvent.

Little research has been done on the health effect of residual solvent contained within solvent based concentrates, and ultimately it is up to the consumer to choose which concentrate is best for them.

Because of its low burning points butane is extremely volatile, which is why it is unsafe to use outside of a closed-loop system.

CO2- CO2 extractions use temperature and pressure to effectively extract elements of the flower or trim. Depending on the equipment used, CO2 extractions can have multiple receptacles for slurry, resulting in tiered grade products that can easily be separated and used for different purposes.

Propane is slightly more expensive than butane but is worth the additional cost for extraction artists seeking to boost their concentrate flavor, consistency and overall value.

However, not many licensed facilities use isopropyl alcohol, as the more popular alcohol solvent is ethanol.

CO2 Oil – This supercritical fluid extraction is created with large amounts of pressure and carbon dioxide and is seen as an incredibly effective method to separate plant material to produce an amber oil. Because CO2 is a naturally occurring substance and is produced by the human body, it is widely considered as a natural solvent with less health concerns than butane, propane or other hydrocarbons.

Wax/Budder – The resulting slurry is heated at a low temperature and whipped vigorously to remove all residual solvent. Wax is generally drier and crumblier than its counterpart budder which has a higher moisture content. Budder contains a higher moisture content because it is whipped less than wax. Remember, many hydrocarbon extractions are similar in nature, but it is the finishing technique that determines the appearance and consistency of the final product.

Live Resin – Made the same way as way however the starting product is fresh frozen plant material. By using cryogenically preserved plant material, the finished product has a robust, exceptional terpene and cannabinoid profile that resemble the qualities of the live plant. There are a variety of “live” products on the market. For example, live sugar is a form of live resin that looks like an amber sugar patty, while live budder is a smoother, more malleable consistency.

Shatter/Taffy – Shatter is made by blasting plant material with a solvent using a closed-loop system. The resulting slurry is collected onto parchment paper and placed in a vacuum oven for solvent purging. Sometimes during the process, shatter might not purge correctly resulting in a very “taffy-like” concentrate, reminiscent of salt-water taffy in texture.

Distillate – Distillates are newer concentrate products and utilize highly scientific equipment to heat and vaporize the THC and CBD within the flower, bringing the vapor into a cooling system for consolidation and eventual collection into beakers. The process of short path distillation leaves little terpene content. They are generally lost in the extraction process due to the amount of heat used.

Pie Crust/Honeycomb – is made by blasting plant material with a solvent using a closed-loop system. The resulting slurry is collected onto parchment paper and placed in a vacuum oven for solvent purging.

After the purging interval, the concentrate patty is pressed to promote faster nucleation, turning it from shiny shatter looking substance to a more cookie crumble, honeycomb look.

Jelly Hash – is a very potent mixture of kief and hash oil. Although it’s fairly uncommon to find, it has proven to be extremely effective for patients undergoing chemotherapy or individuals suffering from chronic pain, nausea and other illnesses.