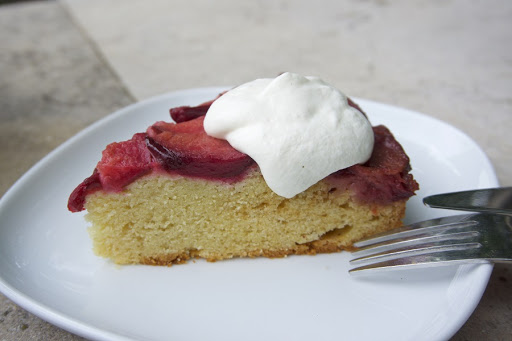 Many of us find ourselves with a lot more time on our hands, what with the countrywide Covid-19 shut downs. Many of my friends’ social media pages have turned into pages for foodies because they’ve run out of things to do at home besides cook and get high. So we’ve decided to curate a marijuana themed list of infused recipes to meet all of your quarantine needs. We’re gonna bastardize a few seasonal recipes to make some wacky tobaccy infused goodies that are a nod to various popular strains of cannabis. So today we’re making Lemon Cake, Strawberry Shortcake, homemade Girl Scout Cookies, Ice Cream Cake, Gelato, and Purple Punch.

The first two selections are nice light cakes that’ll elevate you out of those quarantine blues. The first one is an Iced Lemon Pound Cake recipe. Much like the dominant terpene in Lemon Cake, Limonene, this cake is citrusy and uplifting. To make this cake into something a little more exciting, we’re going to infuse the butter in the recipe much as we have in previous recipe posts. Simply take the ¾ cups of butter the recipe calls for and place it in a saucepan over low heat until it is melted, and then drop in a gram of cannabis concentrate of your choice (personally I have the best luck with waxes and distillates–shatter can get stuck to the bottom of the pan too easily for my taste). Over low heat stir until the concentrate dissolves into the butter and then remove it from the heat. Don’t use anything higher than low heat, or you risk cooking off the THC and losing some of your potency. The recipe calls for the butter to be room temp, so set it aside until it cools down before adding it into your cake batter mixture. If you use a full gram of concentrate, be warned, the cake will be very potent. If the gram of concentrate you choose has 75% THC, the rough equivalence to milligrams is 750 mg. You just move the decimal point over one space on the percentage THC to convert to milligrams. If you use a half gram multiply the percentage by 10 to move the decimal over and then divide by 2 to find half the milligrams, which is 375. You can adjust up or down to fit your tolerance. Anyway, once the butter cools, incorporate it into your cake mixture and follow the recipe as you would otherwise. Smother that bad boy in some lemon icing and snag yourself a slice.

Strawberry Shortcake is a spring classic now that strawberries have come back into season. With this recipe, you can infuse the butter in the exact same way as above, but let’s just mix things up a bit for funsies and infuse the whipped cream instead. Among other things, I infused a bunch of heavy whipping cream for my 30th birthday and made some homemade edible whipped cream. It was so delicious I topped as many things with it as I could before it disappeared. So for our shortcake, we’ll just follow the recipe to the letter. To make our own whipped cream, first we need to infuse the cream by heating it in a double boiler so as not to curdle the cream. Same idea as before, raise the cream to low heat in the double boiler and then add and stir in your desired amount of concentrate until it has melted completely into the cream. Remove the cream from the heat and chill it in the fridge. Making your own whipped cream is so simple Mom had us kids doing it since childhood. Just chill your bowl, whisk, and cream before whisking the sugar and vanilla into the cream and keep beating it until the cream forms stiff peaks. That’s it. Easy as pie. Top your shortcake judiciously!

Having trouble getting your Girl Scout Cookies fix this year, since the Rona is preventing them from being sold out front of grocery stores? I’ve got you covered, fam. We’ve got a recipe for homemade Thin Mints with an infused chocolate coating. Just as with the others, we could infuse the butter again, but I thought instead we’d combine the two previous methods and infuse the semi sweet chocolate the recipe calls for in a double boiler, as we did with the cream for the whipped cream. The recipe only calls for an ounce of chocolate chopped up so you can just drizzle a bit over the cookies, but personally I would go with four ounces so you can fully dip the tops of each cookie like the real Girl Scouts do. Once the chocolate is melted in your double boiler over a low heat, add your chosen amount of concentrate and stir until incorporated. While the chocolate is still in a liquid state, dip your cookies and let them rest on a wire baking rack while the chocolate cools. Once cooled, you can eat the entire batch just as if they were a sleeve of the real Thin Mints. Don’t deny it, we’ve all demolished a box before. At least this way you’ll have the munchies as an excuse.

If you want to cool off, what with the warmer weather coming, we’ve got a couple recipes for an Ice Cream Cake knock-off from DQ which you infuse the cream, just as with the whipping cream in a double boiler. Or looking for something a little more refreshing? Try out some Gelato and throw some raspberry (or my personal favorite huckleberry) puree in to make it fruitier. Once again, heat and infuse the cream double boiler-style with your choice of concentrate, and then follow the recipe as normal.

And last but not least, we’ve got the simplest infusion of all in this recipe for Purple Punch. This fizzy punch incorporates frozen raspberries and sorbet to make a fizzy, refreshing beverage. Once you’ve combined all the ingredients listed and the punch is assembled, all you need to do is grab one or two MarQaha Fruit Punch FlasQs to add to the mixture to make some delicious goofy juice, depending how potent you want your beverages. That’s it. If it were still legal to gather in groups larger than ten people, I would say this recipe is perfect for a party or gathering. You’ll just have to keep a jug in the fridge and kill it off yourself. I believe in you, champ!

With any luck, some of these will brighten up and expand your cooking repertoire as you’re stuck at home. Just remember to take it slow until you get a gauge on how strong your goodies are. Unlike retail edibles which are precisely dosed, you’re gonna be guesstimating potency by dividing the total milligrams used for infusion by the number of servings. Liquids are hard to gauge without measures of liquid volume and cakes aren’t always the easiest to cut into perfectly even slices, so just be aware that the dosing may be a little more difficult. Once you’ve got that figured out, go nuts. Enjoy these recipes until you can’t fit out your front door!