Marijuana, also called weed, pot or cannabis, means the dried flowers and leaves of the cannabis plant. The primary active ingredient or cannabinoid in marijuana is Tetrahydrocannabinol (THC). This cannabinoid is known to have mind-altering effects and to get you high when you smoke marijuana or consume marijuana edibles.

Having said that, THC, rather delta-9-THC is also packed with medical properties that can help you combat mental and physical illnesses. When the THC content is used in conjunction with other chemicals in the marijuana plant to cure diseases, the same plant is called medical marijuana. The quantity of medical marijuana that one requires, or the correct dose, varies according to the severity of the illness, the level of experience with marijuana, and in what form one chooses to consume the medicine. It is highly advisable to consult with a healthcare practitioner or a medical marijuana specialist for professional advice about your particular ailment.

Various scientific studies show that a vaporizer is the most effective means of consuming marijuana for medicinal purposes. The method of inhalation or vaping lets the medicinal chemicals present in the marijuana plant into the bloodstream and reach the brain in a short span of time. This way marijuana provides instantaneous relief of the unpleasant symptoms. Also, vaping prevents combustion of marijuana which results in the formation of potentially dangerous irritants.

Here are 5 medical benefits of marijuana you probably never knew:

Today, approximately 5.8 million Americans of different age groups are suffering from Alzheimer’s dementia. It is more common among people who are 65 years old or older and is one of the major causes of fatalities in the United States.

A recent study conducted at the University of South Florida (USF) shows that Tetrahydrocannabinol (THC), the active ingredient present in marijuana, can be used therapeutically in Alzheimer’s disease. THC, commonly known to cause the high, lessens the formation of beta-amyloid, a sticky protein which gathers in the Alzheimer’s disease-affected brain and further destroys the brain cells. THC blocks the enzyme in the brain that makes this disease-causing protein.

Large amounts of money have been spent on finding a remedy for cancer. Numerous studies involving cancer patients show that marijuana contains many components that can halt the growth or progression of cancer cells within the body. According to the American Association for Cancer Research(AACR), marijuana works effectively to cut tumor growth by half in lung cancer.

The anti-inflammatory effects of marijuana are vital in relieving cancer-related pain. Furthermore, when used along with chemotherapy, marijuana attacks cancer cells and protects the healthy cells, while minimizing the side effects of chemotherapy including nerve damage. Hence cancer patients, on consuming marijuana, experience reduced nausea and increased appetite.

Recent scientific, as well as user-reported studies, show that marijuana can soothe arthritis pain and thus improve mood and the standard of health. In the case of arthritic patients, the joint tissue has a high concentration of cannabinoid receptors type 2 (CB2). Marijuana energizes CB2 receptor pathways and thus soothes joint inflammation and promotes sleep. This way arthritic patients, particularly those suffering from rheumatoid arthritis get considerable comfort.

In fact, clinical trials conducted on arthritic patients with Sativex, a THC-based medication, indicate a significant suppression of the disease activity, particularly of chronic arthritis.

According to a study conducted at Virginia Commonwealth University (VCU), the ingredients in marijuana play a significant role in controlling seizures. Marijuana binds well with CB1 receptor protein (G protein) which controls the central nervous system in the brain. This way the bond between THC and the brain cells regulates excitability and relaxation.

In accordance with the results from three well-controlled trials conducted on approximately five hundred epileptic patients, the U.S. Food and Drug Administration (FDA) has approved a medicine called Epidiolex. It is an oral solution for curing serious types of epilepsy such as Dravet syndrome. 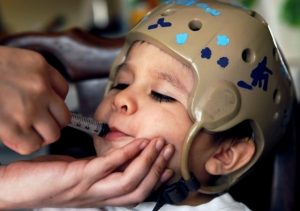 Research carried out at Washington State University (WSU) has concluded that best quality CBD oil from marijuana significantly reduces ratings of anxiety. The studies of tracked sessions indicate a reduction in anxiety levels in 93.5 percent of them.

Other human studies related to marijuana also show that of its several cannabinoids, delta-8 THC has anti-anxiety characteristics and works effectively as an anxiolytic. Delta-8 THC improves the functioning of serotonin, a neurotransmitter related to anxiety. This way medical marijuana becomes a completely natural remedy for fighting anxiety.

Reading up such vital medical benefits of marijuana would surely change your perception of this plant extract. Now you’d know that marijuana is not just about giving you the high. In fact, it is packed with medical uses that can increase your lifespan and provide you with a quality life.

How about growing your own marijuana? There are numerous online dispensaries selling budget buds without compromising on quality. So, take your pick and get going!