Spotlight: In the Flow Boutique Cannabis 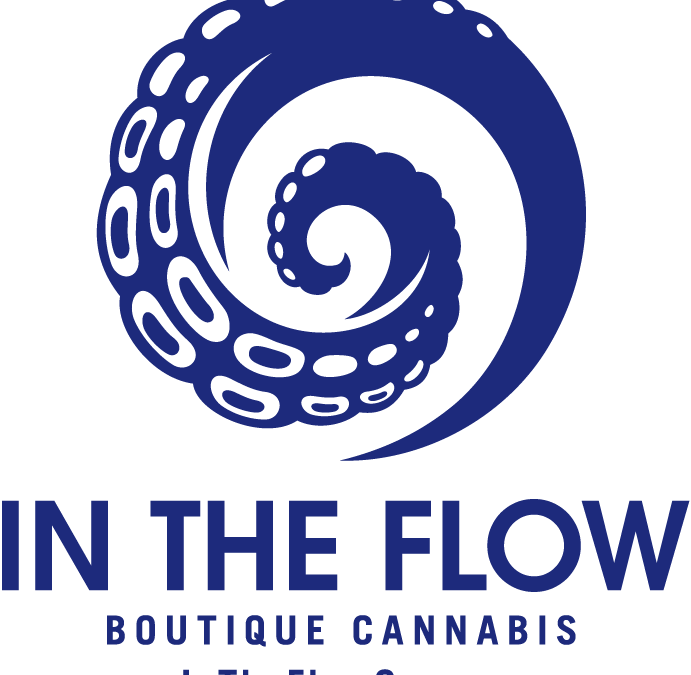 We here at Elements Boulder pride ourselves on carrying some of the highest quality cannabis available at affordable prices. We stock our shelves with bud from several different growers in order to provide a regularly rotating selection, but our Connoisseur Strains, the highest quality and most potent strains in-store, all come from In the Flow Growers.

In the Flow is a local Boulder-based company operating two of the finest grows around. Their head growers Mike and Josh have been lifelong friends who decided while on a beach vacation several years ago to shed their less than spiritually fulfilling corporate jobs and pursue their higher calling. Along with their respective partners, Tori and Bonnie as their Sales and Marketing team, they decided to start In the Flow in order to grow only the highest quality cannabis, the kind of cannabis that they would like to enjoy personally. Cannabis with a passion and a purpose. They snagged up two little grows in town and got to growing. Josh and Mike hand weigh and water each and every individual plant each day, referring to them fondly as “their girls.” All of their bud is cared for intimately, cured expertly, and hand trimmed to perfection, making their marijuana truly boutique quality. Since their inception, In the Flow has become the premier cannabis grower in the state of Colorado and therefore one of the absolute best in the country and the world.

That may seem a completely subjective statement, but In the Flow has the awards to back it up. Their flagship strain Chemmy Jones, a sativa-leaning hybrid of Casey Jones and Chemdawg D, has unmatched potency and aromatics that took the 2017 Connoisseur Cup as Overall Champion and won 1st Place Sativa in the 2018 Connoisseur Cup. Chemmy Jones has one of the highest known THC contents of any strain known to man, typically testing in the mid to high 30% THC range, but not only that, it has a sophisticated terpene profile that will satisfy any cannasseur’s palate. Each and every one of their strains is independently lab tested, including testing for terpene profiles. The RM3 Labs they use test not only for cannabinoids but also for 22 different terpenes, so that In the Flow can accurately determine the different terpene ratios that create the overall strain profile. Chemmy Jones tends to have a good deal of myrcene balanced out by limonene and caryophyllene, giving it an aroma of diesel, tropical fruitiness, and some real funk. There is simply no mistaking the pungent scent of Chemmy Jones, and with the creative energetic high comes a good deal of pain relieving effects as well.

Not ones to rest on their laurels, In the Flow grows three other award winning strains. On the sativa hybrid side of things, their Lemon Skunk typically tests over 30%. This skunky funky bud that took 2nd Place Overall Flower in the 2018 Connoisseur Cup has citrus notes that come through strongly as you spark it. This bad boy packs a terpinolene heavy profile that also presents with beta-pinene and ocimene, which users have reported to be useful for combating depression thanks to its mood elevating and energizing high. Their indica-leaning Glue strain wrangled 2nd Prize in the 2017 Rooster THC Classic. This classic strain is purported to be “Euphoric and relaxing, with nuances of coffee, pungent earth and spice” and boasts high myrcene content blended with caryophyllene and limonene. And last but not least is my personal favorite strain: Danky Kong, 2nd Prize Winner in the Rooster 2018 THC Classic. These exceptionally dense nugs give off the scent of grapefruit trees in bloom with some spicy background notes and provides a profoundly relaxing and powerfully euphoric high. There is nothing I like better at the end of a long day than rolling a fat doob of Danky Kong before going ape on some video games. I can pop a single eighth jar of it for a minute or two and my entire apartment will be filled with its glorious aroma, and that’s before you even put a flame to it. Every single friend I’ve shared this bud with has asked me for more, and as an indica smoker I’ve been hard pressed to find anything of comparable quality, taste, and effect.

At In the Flow, they believe that marijuana can be more than just a recreational pastime. In the Flow touts that they “strive to carefully cultivate a flower for everyone so that they may experience an elevated purpose within their own lives and Find Their Flow.” But what do they mean when they say find your flow? The name of the company refers to the psychological discipline developed by Mihaly Csikszentmihalyi known as Flow Psychology. Psychological Flow is a positive mental state of total focus and utter absorption in the moment, where you are wrapped up so completely in a task that the rest of the world falls away. Csikszentmihalyi describes Psychological Flow as “being completely involved in an activity for its own sake. The ego falls away. Time flies. Every action, movement, and thought follows inevitably from the previous one, like playing jazz. Your whole being is involved, and you’re using your skills to the utmost.” This state of Flow has been studied in all manner of settings, be it in musical performers, writers, artists, yogis, craftsmen, and athletes. In fact, a significant part of modern training for Olympians revolves around finding one’s flow state, so as to help alleviate much of the psychological pressures of international competition in front of millions upon millions of viewers, allowing instead their physical training and conditioning to work to the utmost. But finding that flow in our daily lives isn’t always as easy as we might hope. I can tell you personally as a writer it can be difficult to turn off your internal censor and really hit your stride. That’s where In the Flow comes along. Marijuana as a substance is rather remarkable in that it can fairly instantly put you in a new frame of mind, be it calming, energizing, stimulating, or cathartic depending upon what you’re looking for. How can cannabis really make that much of a targeted difference for individual users, given we each have unique body chemistry and are all affected differently from one another? The answer: an unparalleled focus on terpene content.

As mentioned previously, all of In the Flow’s flower is independently lab-tested for not only potency and microbial/pesticide contaminants but also for terpene content, so that they can provide a detailed terp profile for each strain in order to help consumers find a strain with specifically desired effects for finding their flow. High THC content is wonderful and all, but it doesn’t mean a thing without those lovely terpenes to flavor the weed and alter the high. Terpenes have long been known to have physical and psychological benefits, as we can see in the aromatherapy field, where something as simple as the scent of lavender can be calming. Terpenes act much in the same way when it comes to marijuana. Linalool, the terpene found in lavender, can also be found in certain strains of marijuana and frequently produces similar effects. That’s why if you ever run into Tori in our store doing a vendor pop-up, you’ll likely catch her schpiel about terpenes and how more and more research shows that terps influence the high just as much as the plant species cannabis indica and cannabis sativa. In the Flow spends a great deal of effort on consumer education going so far as to provide informative Strain and Terpene Guide brochures, educational vendor days, and business cards for each strain with the terpene profiles visually diagramed. And that is how we try to pair customers with In the Flow products that match the type of high they desire by directing them towards the strains heavy in the terpenes desired. Want to pen your next opus or spend an energetic day hiking? Snag some Chemmy Jones. Want to really get into that movie and relax your body after a trying day? Danky Kong all the way.

Since partnering together, we here at Elements Boulder carry the largest selection of In the Flow strains in all of Boulder and much of the surrounding area. We regularly stock their Chemmy Jones, Lemon Skunk, Blue Dream, and Danky Kong, and we are now proud to bring you their Durban Poison as well, for their pinene-heavy take on the infamous South African land race. Keep your eyes peeled for their semi-annual promotions selling a laser-engraved half ounce jar filled with some of the finest herb on earth!