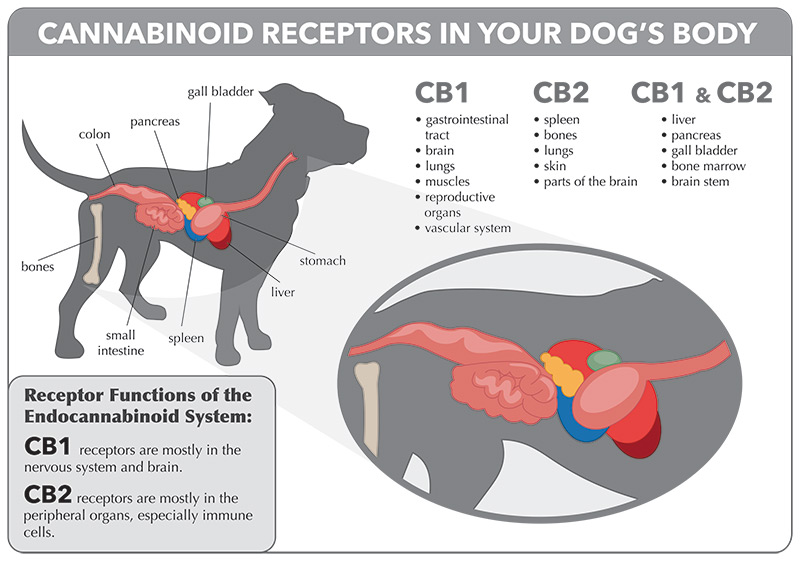 By now many cannabis users have found Cannabidiol (aka CBD) to be beneficial in treating a variety of physical maladies including but not limited to seizures, anxiety, depression, inflammation, and pain relief. Human trials and tests are underway to study the effects of CBD, but in spite of many CBD pet products currently on the market, there has been very little veterinary research available on treating our furry friends. The reason being? Veterinarians’ hands have been tied by both national and state veterinary boards prohibiting them from prescribing or even recommending CBD treatments for pets, given the strictness of federal guidelines with regards to scheduled drugs like marijuana. That is until recently. In the past year, as CBD became federally legal thanks in part to the 2018 Farm Bill, reputable medical studies focused on pet CBD treatments have started cropping up.

The majority have been focused on dogs thus far. Dogs have a similar endocannabinoid system to our own, although they tend to be more sensitive than we are to cannabis because their smaller size and the proliferation of cannabinoid receptors in their bodies (see diagram below). Is your furry friend acting funny and your stash is missing? Your poor buddy could be in for a rough ride, even if it is only bud that they get ahold of, because unlike humans, dogs’ bodies can process raw, unactivated THCa simply by eating the flower. And obviously the same goes for edibles and concentrates. Symptoms of animal marijuana consumption may include tremors, vomiting, diarrhea, excessive salivation, abnormal eye dilation, difficulty coordinating movements, disorientation, drowsiness, and hypothermia. If your pet is displaying any of these symptoms and you even suspect they’ve gotten into a cannabis product, take them immediately to your veterinarian or nearby animal hospital. Please, please, please don’t attempt to induce vomiting on your own, as this can itself harm the dog even further; go to a medical professional. Too high an oral dose can lead to death due to intestinal bleeding–this would be the most likely case scenario–but an excessive intravenous dose can also lead to pulmonary edema.

While THC may be toxic to dogs in large doses, CBD can be just as beneficial for pets as it is for humans. Frontiers In Veterinary Science recently published a double-blind, owner-blind, placebo controlled paper on the safety and efficacy of treating Osteoarthritic dogs with CBD. The results of their study are as follows: “Pharmacokinetics revealed an elimination half-life of 4.2 hours at both doses and no observable side effects. Clinically, canine brief pain inventory and Hudson activity scores showed a significant decrease in pain and increase in activity with CBD oil. Veterinary assessment showed decreased pain during CBD treatment. No side effects were reported by owners, however, serum chemistry showed an increase in alkaline phosphatase during CBD treatment. Clinical significance: This pharmacokinetic and clinical study suggests that 2 mg/kg of CBD twice daily can help increase comfort and activity in dogs with OA.” So not only are Osteoarthritic dogs benefiting from the analgesic and anti-inflammatory effects of cannabidiol, but there were no reported ill-effects for the dogs themselves, who saw increased activity and pain relief. The FDA warns that NSAIDs “may be associated with gastrointestinal ulcers/perforations, liver and kidney toxicity. The FDA recommends veterinary supervision when using these drugs.” Whereas NSAIDs have a plethora of side effects and potential for toxic shock if used in excess, CBD has no harmful side effects aside from slight elevation of alkaline phosphatase, a protein enzyme. For less than the cost of filling a Rimadyl prescription (a commonly prescribed NSAID for arthritic dogs), you can effectively manage your osteoarthritic pet’s symptoms and pain using CBD oils and treats. And with federal CBD legalization, you can now order CBD online in all 50 states, just in case you aren’t in a medical and/or recreationally legalized state.

Anecdotally, I have had many customers who give their dogs CDB who have seen improvement in mobility in older pets and a decrease in separation anxiety symptoms in nervous dogs. My own nervous 90 pound hound gets a CBD dog bone before long car rides, during thunderstorms, and when he’s in a pillow-shredding mood, and they calm him right down. While sadly dispensaries in Boulder recently have been legislated out of carrying pure hemp products with no THC, such as pet products, I would still highly recommend the Paw Puddy CBD Treats and CBD oils from Hempful Farms. These are the dog bones we used to stock at Elements Boulder, and I know they work wonders for my four-legged friend, who used to shake and salivate the entire time he was in a car and who now either surfs with his head out the window or lies down for a snooze whenever we take road trips. They’ve also definitely cut down on the cost of replacing shredded bedding. And fortunately since all of Hempful Farm’s products are CBD only, they are available for purchase online and can legally be shipped anywhere in the United States. I still get my dog’s bones shipped in from them. I can’t recommend them enough!